In the first four parts of this series on Wm. Collins Sons & Co. Canada Ltd.'s White Circle authors I've mentioned there were 153. This is not strictly correct. There were 153 author names but thanks to pseudonyms the number of authors drops to 142. In this post we'll look at two authors who used pseudonyms. Artists where known are in brackets.

Edwy Searles Brooks had 24 books published by White Circle - 17 as Berkeley Gray and seven as Victor Gunn. Only Peter Cheyney (24) and Charles Horace Snow (31) had as many or more (see part I of this series). Here are four of his books published over a number of years that show the change in cover styles. 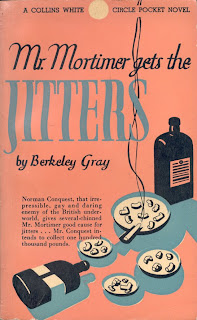 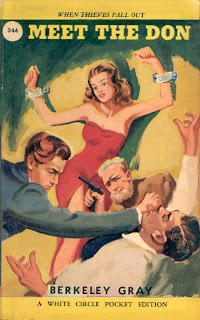 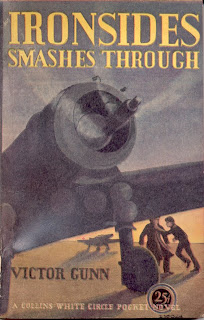 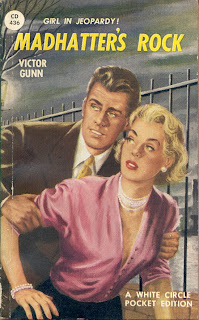 White Circle CD 436 - 1950 (John Fernie)
Maysie Greig had 12 books published by Collins - seven published under her real name and five as Jennifer Ames. Here are three of her books. 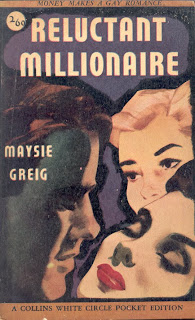 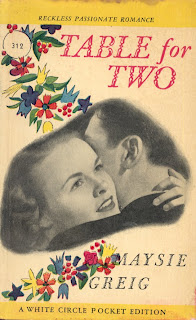 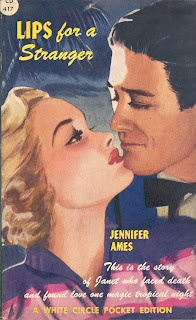