In early 1947 William Collins Sons & Co. Canada Ltd. started using photo covers for their White Circle imprint. This was unique in Canada at the time.

A trade magazine article (Quill & Quire, April 1947) provides some background. The article opens with “perhaps working on the theory that truth is more interesting than fiction, if not quite as strange, the White Circles … have recently gone in for photographic covers.” The photographer, at least for the early covers, was Earl Morris of Pringle and Booth Studios of Toronto which were “leading Canadian photographers [with] a pretty glamorous set-up.” When “the models arrive, which quite frequently is a little late, one of the privileges of beauty, they are told what sort of character they are to portray, and various poses and expressions are shot. If costumes are necessary, or outside props, a rough sketch is drawn by Miss Margaret Paull, White Circle Art Director, and the models and studio assistants try to fill the requirements as accurately as possible.” Both colour and B&W photographs were taken.

Five photographs accompany the article, one showing a studio set up for Dangerous Honeymoon (303) , three of models in various poses (with the caption “Cheesecake plus!”) and one of the President of Collins, Franklin F. Appleton, smiling with three of the models.

The article notes “the girls were carefully chosen from Canada’s collection of beautiful models so that with the wide and ever growing circulation of these books, Canada’s particular type of beauty will be known all over the world.” Three models are named, Rose Burkett, a former Miss Toronto [1941], for Duchess Hotspur (313), Marnie Williams for Poison Ivy (293) and Dorothy Henderson for Dark Hero (316). All but four of the photos were colour, although some of them appear to be B&W with colour added. A few covers were combined photo and illustration. About three-quarters of the covers were female only with the rest having one or two males joining the female. A cigarette was the favourite prop, with liquor second. The women usually wore evening dress but ski wear, swimming suits and nightgowns were also seen. Two covers had notices for the supplier of the evening dress, Golden Gate Dress Co. for The Urgent Hangman (336) and Ricky Formals for Dance Without Music (391).

Here are the first five photo covers of the 32 published. All are 1947. 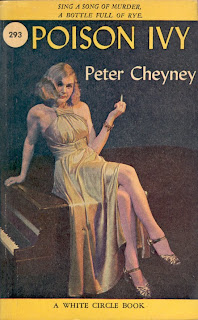 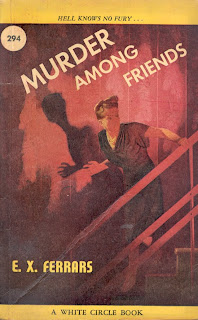 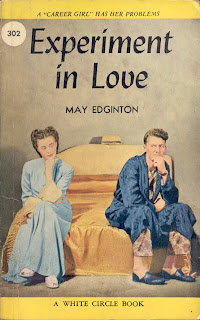 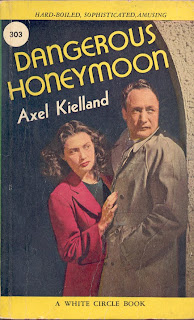 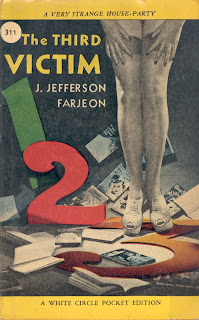