Margaret Paull was one of the few women to work in paperback publishing in the 1940s. A graduate of the Ontario College of Art (now OCA and Design), she joined Toronto's Wm. Collins Sons & Co. Canada Ltd. in 1943 and retired in 1985. Margaret Paull died on March 31, 2008 in her 89th year.

In this post I'll talk about her first job at Collins - "designing covers for and producing paperbacks" (Quill & Quire, May 1985, p. 20). From 1943 to 1947 Paull did the art for 67 Collins's White Circle covers. These are covers for which there is a signature ("MP" or "M. Paull" or "Paull"). There may be others where the signature has not been reproduced. Forty-one of the books were detective/mystery, seven were romance, six western and the rest general. Unlike virtually all other cover artists Paull was an employee of the publisher. Typically artists were free lancers hired to produce covers.

Paull's work lacked the punch of pulp artists and the realism of magazine-style illustrators but she used colour and design elements very effectively to suggest the book's theme.

Here are her first six covers - all from 1943. They are among her best - all imaginative and eye-catching. Note the quote on White Circle 79 from W.A. Deacon, long the book editor for The [Toronto] Globe & Mail. 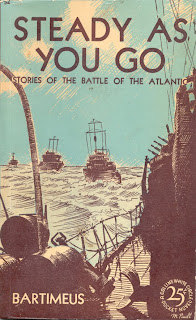 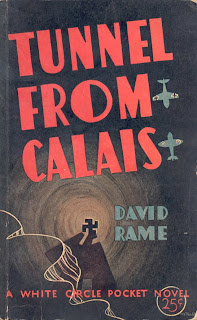 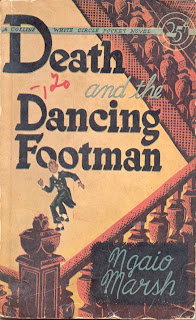 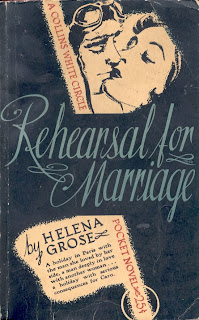 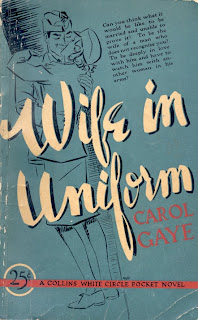 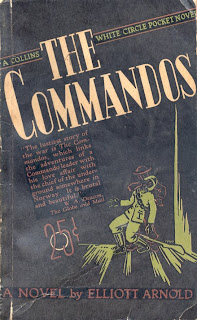