No, this isn't about a Canadian comedy team. Tedd Steele (b. 1922) and Raymond Souster (b. 1921) were contemporaries who lived in Toronto and had books published by Export Publishing Enterprises Ltd. They also shared a neighbourhood very close to Export's first office at 3079 Dundas St. West. Souster lived as a boy at 359 Indian Grove while Steele lived the next street over from 1946 to 1951 at 217 Indian Rd. Crescent (information from Greg Gatenby, Toronto: a Literary Guide (Toronto: McArthur & Company, 1999) p. 355). Both addresses were in walking distance of Export's offices.

The authorial similarities end there however. Souster has had a long and respected career as a poet. He won a Governor General's award in 1964 in the poetry or drama category. Steele, as far as I can tell, did not have any novels published after Export. He is also remembered as an illustrator on early Canadian comics.

Souster's only book for Export was The Winter of Time. 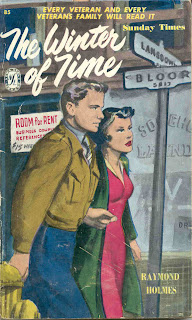 An example of one of Souster's later books is so far so good (Toronto: Oberon Press, 1969). 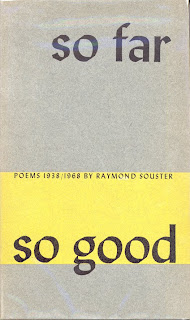 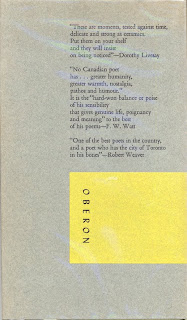 Export published four books by Steele, two under pseudonyms. The first was Artists, Models and Murder in mid 1948 as one of the first two unnumbered books in Export's New Stand Library (NSL) imprint. This had first been published by Crown Novel Publishing for the British market in 1946. The final three were paperback originals. 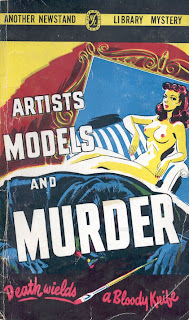 The next was Pagan (NSL 59) as by Jack Romaine in August 1949. It was also issued in Export's series for distribution in the US as The Pagans (NSL 7A) as by Jack Benedict in July 1949. The US edition also came with a dust jacket. 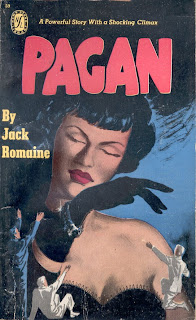 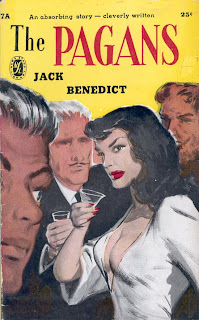 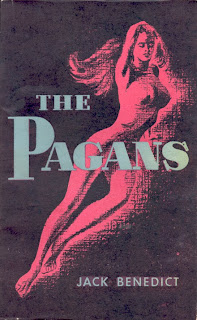 Third was Torch of Violence (NSL 76) as by Gerald Laing and in the US series (NSL 9A) as by David Forrest (aka Forest), both October 1949. The US edition also came with a dust jacket. 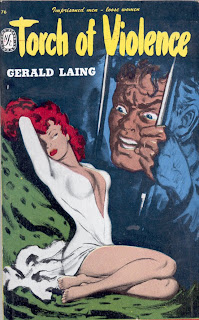 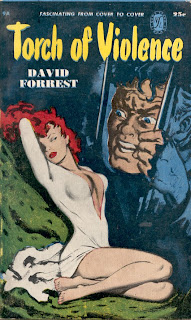 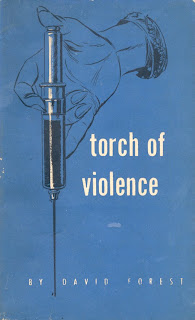 The final book was Trail of Vengeance (NSL 138) published in September 1950. 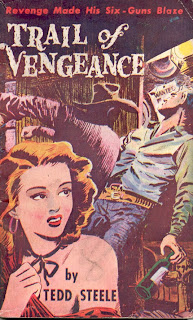